These days most of us take Voting for granted but it has not always been so easy. Although Voting is one of your rights – that right had to be fought for. In history many different groups were denied the right to vote. For these citizens participation in the voting process was achieved through years of struggle.

We will take a brief walk through history to remember some of these people who at one time or another were kept from voting. 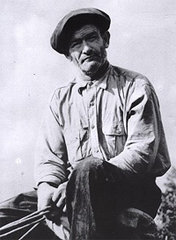 
This Irishman wanted to vote in the election of 1868. He believed that all Irish people had a right to have a say in what was happening in their country but he could not vote because he did not own a house. Only the wealthy had a vote. In 1884 he was allowed to vote for the first time. However, this right was denied to his wife, his mother, sisters and daughters because they were women. 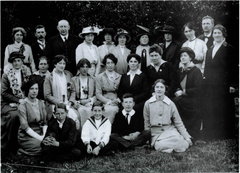 Women had many responsibilities but they had very few rights, they had no say in what laws were passed, they had no voice in what concerned their country or the government. They had no vote. This made them feel like second class citizens. 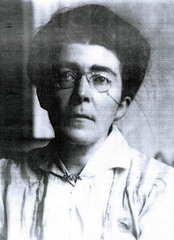 Much of Hannah’s life was spent working for the right of Irish women to vote. Hannah and her friends were harassed by politicians and the police because of their efforts to ensure that women could have a voice in saying how the country should be run.

In 1918 after a long campaign they succeeded in getting the right for women to vote. But they had to be 30 years of age and own property. In 1922 all Irish women over 21 were given the right to vote. 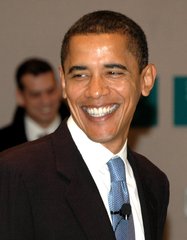 1965- Black Americans get the Right to Vote

Barack Obama - I am the president of the United States of America.

I am the first African American or black president of my country.

Black Americans did not get the right to vote until 1965 following the Civil Rights Movement.

Many black Americans died struggling for this right to vote.

1969 - All People in N.Ireland Get To Vote in Local Elections

Up to 1969 all who didn’t own property or pay rates were excluded from voting in Local Government Elections. The men and women who took part in the civil rights movement demanded this right. They called it ‘one person, one vote’. Until 1969 they did not have a voice in what should happen in their local area.

I am a pensioner living in South Africa . Because I am black I had to wait until 1994 to have the right to vote. I will never forget the day when my people turned out in huge numbers to vote for our country for the first time. One friend of mine, an elderly and very sick woman, was carried down a mountainside on a stretcher so that she could vote. When she had voted she said, ‘ Now I can die in peace. All my life I have wanted to have a say in what is happening in my country. Today I have voted ’. 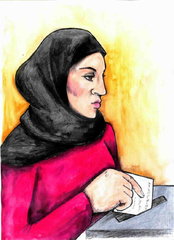 I am a woman from Kuwait.

After a long struggle women and with much opposition from Islamic politicians, women won the right to vote in 2005.

However, this right came with the requirement that women voters abide by Islamic law.

It is 2007 and I have just voted for the first time. "I feel like I am a full citizen today," said Maha Barjes, a member of Kuwait's Human Rights Society and long time women's rights campaigner.

People have died and been imprisoned while fighting for the basic human right to vote.

We are benefiting from the hard work of Voter’s rights activists. We owe it to them, to each other, to our children, to our communities and our country to vote in every Election. Voting is a part of good citizenship.

Nowadays its easy to Register and easy to Cast our Vote !!